The web provides us with so many options that it is easy to forget aspects of it that will help our family trees grow and blossom.


In addition to already existing databases like SweAme, FamilySearch,  Ancestry, and Arkivdigital, we should not forget:


1) That once we have done our genealogical research, we have a great chance of finding living family members (and their entire family’s pictures and relationships sometimes) on Facebook. To narrow down a list of “Jane Smiths” to ours, we can use place designations. It’s the “Jane Smith” who lives in Jacksonville. We can then message that Jane Smith to see if we have found the right one, and proceed with process of elimination.  Search obituaries for living family members, in particular, for use with Facebook.  Sites such as Genealogybank (paid) provide several extensive obituary listings. (Conversely, this also reminds us to re-check our own Facebook pages regarding privacy issues and our own family members and settings.)


2) Anecdotally, it is said that women tend to use Facebook more, and men tend to use LinkedIn more. Again, once our research has discovered who the living family members might be, we can often find them at LinkedIn. Use a city or other known information such as occupation to narrow down the persons with correct names. Contact them. Many people are very receptive to such contact and can put you in touch with other family members.


3) When searching for a relative, be sure to include the “Images” search tool at the top of the web page after putting in a name. If you can find an image of your person on a linked site, that gets you one step closer to locating the person. Photos from genealogy sites (and professional web sites) often appear once the Images search tool is used.


4) If you know where a person lives, try searching with a name in quotation marks and parenthesized area code for any people whom you anticipate still have landline phones. Ex: “James Norton” and (904) will often bring up White Pages listings very quickly.


5) More and more newspaper archives in varying languages are being published online. Put in your person’s name and a country as a search string and see if it automatically brings up articles or other information.  Use Google Translate for translation, if necessary, even though it may only provide an approximation.


6) Don’t forget Facebook “groups” that relate to your Swedish research. Facebook has “Swedish-American Genealogy Group” that includes more than 1,300 researchers from Sweden and America, and who often live in the exact locations you are researching. 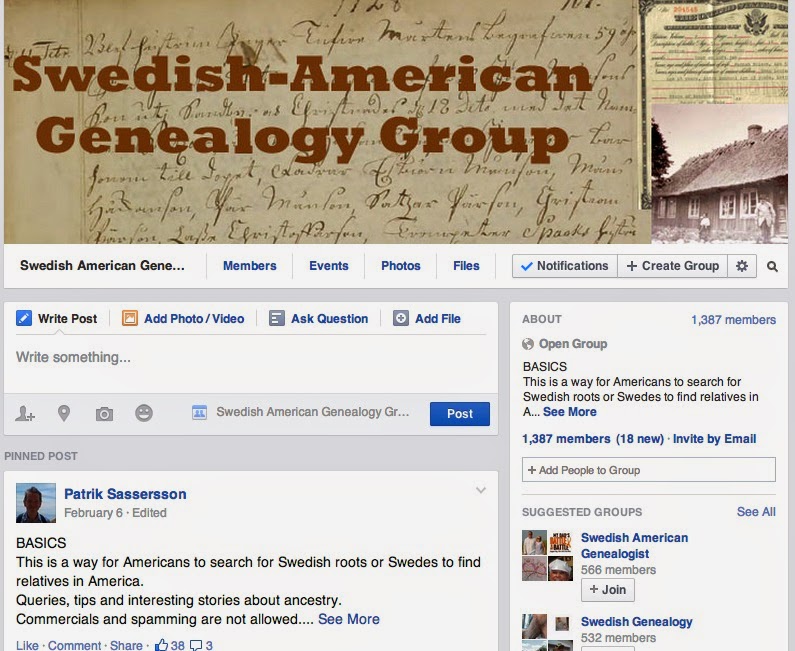 This local knowledge can often be a wonderful help!  Others to consider:  “Swedish Heart Genealogy,” “Technology for Genealogy,”  “Your Genealogy Brick Walls,” etc. (The Ancestry.com message boards, too, organized by location, are very helpful in seeking particularized info in a locality.)


7) Use the genealogy apps on tablets to populate your tree. This is often easier than actually doing it via desktop or laptop, depending on what you are doing. Example: If you receive a photo of a relative in an e-mail, on iPad, you can save that photo, edit it right there, and then upload it to your genealogy tree app such as those available at Ancestry.com.  Likewise, when Hints come up, they can be viewed and the information may be saved less cumbersomely than by using a desktop or laptop computer.  For some types of information, though, it is better and clearer to use the desktop or laptop if the tablet display is too small to include what you want.

8) Sign up for as a Twitter follower for appropriate Swedish/Scandinavian-related information. The Tweets you receive can sometimes give you ideas/contacts about genealogy in various places and keep you updated on what is happening in various cities (especially in areas like Boston, New York, and L.A. that have Swedish American Chambers of Commerce), generally speaking.   In a short period of time, you can discover if you need to drop any of these entities that are not providing information you find useful.  “Sweden & America” magazine, published in Swedish and English, is another highly useful tool in this area.  The Swedish American Genealogist is a major journal in the genealogy field.  It is published quarterly by the Swenson Swedish Immigration Research Center in Rock Island, Illinois.

While there’s robust discussion in 2014 about the changed nature of the American Dream, Swedish-born author Lilly Setterdahl’s new book, True Immigrant Stories: The Swedes of Cleveland Ohio 1873-2013, mostly encompasses an earlier era when The Dream was still very real and achievable for many Swedes. The Setterdahl family lived in Cleveland for about 11 years.


This is the author’s 17th book about Swedish history and people.  Published by the Nobel Monitor Lodge No. 30 in Cleveland, the book traces Swedes who came directly from Sweden or from other states, such as Massachusetts, to Cleveland. The book contains oral histories about many of the individual Swedes’ journeys and about how they educated themselves to embrace, fit into, and enhance a new culture in Ohio. 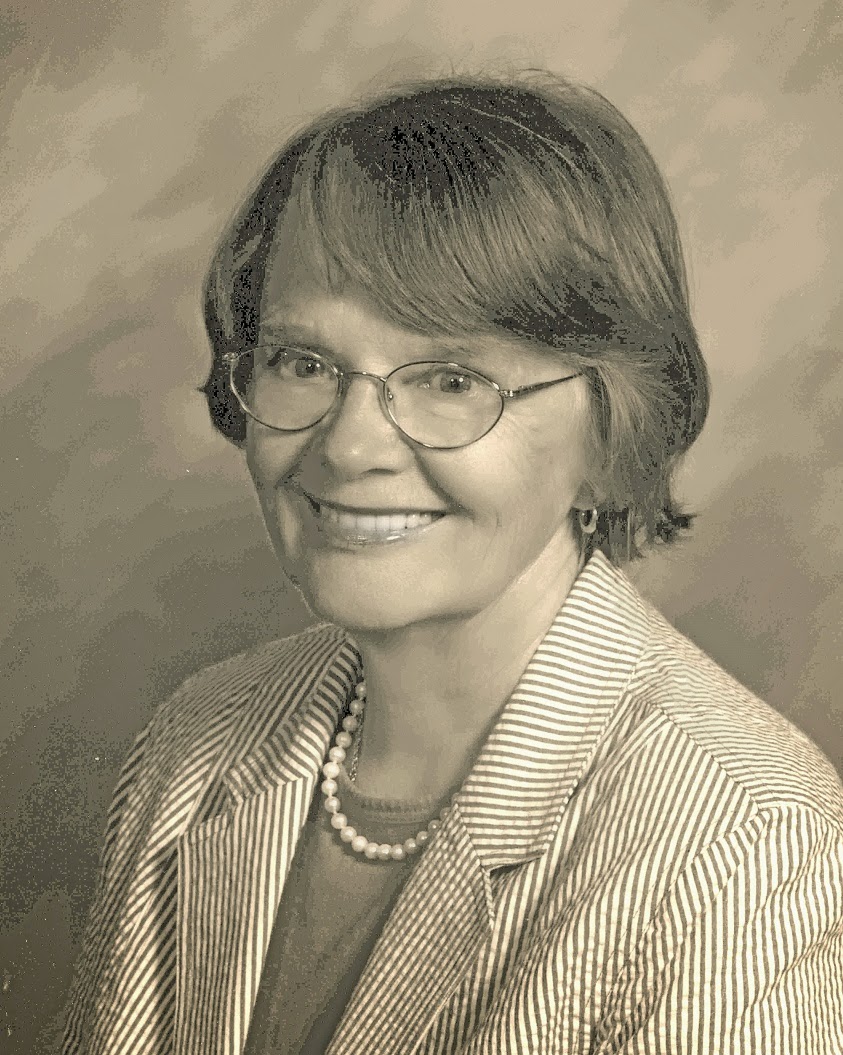 
She often writes about the Midwest in books like Chicago Swedes: They Spoke From the Heart (2010). It was recently reviewed by Lars Jenner in Swedish American Historical Quarterly. Lilly is currently working on a revised edition of her out-of-print Minnesota Swedes: The Emigration from Trolle Ljungby to Goodhue County, published in 1996.

In an interview in 2012 with the Midwest Writing Center in Davenport, Iowa, Lilly Setterdahl shared observations for future generations of aspiring writers: “Find a subject that will attract readers. Take classes and attend workshops. Be prepared to work long hours. Don’t forget what you have already written before proceeding. Keep notes or copies of your research.”


Lennart Setterdahl, the author’s now-deceased husband who was originally also from Frändefors, likewise preserved Swedish history and received an honorary doctorate from the University of Gothenburg for this documentation of Swedish immigrants in North America. The two worked together on many projects. Author Setterdahl has recreated a website dedicated to preserving her husband’s memory.  Lennart's webpage.


Meanwhile, Mrs. Setterdahl has her own blog site here: Lilly's Blog and her books may be found on Amazon.com and other sites.

Posted by David Borg at 2:45 PM No comments:


Could Poehlers’ “Welcome to Sweden” Television Series Remind Massachusetts of Some of Its Forgotten Swedish History?


When Burlington, MA former resident Greg Poehler’s series “Welcome to Sweden” premiered in Sweden in March, it was so popular that it was picked up for a second season.  Welcome to Sweden Trailer


The premise is that New Yorker Bruce Evans (Poehler) moves from New York to Sweden to follow his Swedish girlfriend and to make a new start, doing something meaningful with his life.  Greg’s super-talented Poehler sis, Burlington’s Amy Poehler, portrays herself on the program that humorously explores the culture shocks and adjustments that modern immigration itself involves.


We Americans will be able to see the show stateside beginning Thursday (9/8c), July 10th on NBC. “It’s time the world laughed with Sweden,” Greg told Sweden’s The Local. "I'm hesitant to say I want the world to laugh at Sweden... Sweden is coming out pretty well in this."


What wonderful timing for Poehler to explore these Swedish issues when a historic Swedish farmhouse in his hometown of Burlington sits endangered at 26 Prouty Road. It is a little more than three miles away from the Poehler family residence where Greg and Amy grew up. 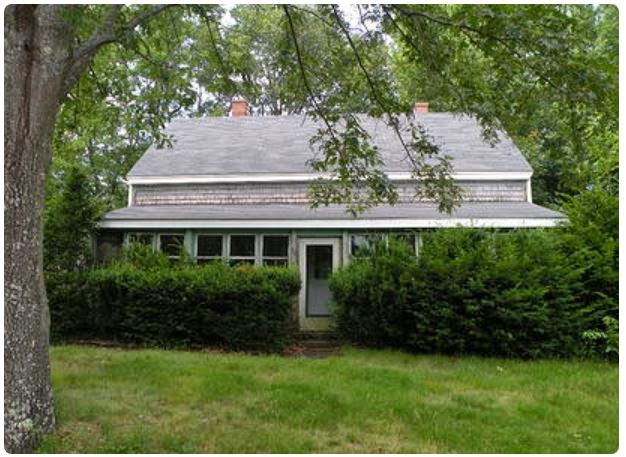 Johnson home photo by John Goff
The house and then 35 acre farm were owned for about 50 years by a Swedish family that welcomed everyone to “Johnson’s Grove” for weekend outings, immigrant and political gatherings, and religious activities. These fostered a historic kind of community from 1911 to 1959 that helped Swedes, Italians, and Irish find “welcome” in America. Simon and Olga Johnson and their families built their American Dream there by the sweat of their brows and the work of their hands and backs such as most of us avoid today.


As Salem historic preservation architect John Goff noted, when he presented a report to the Burlington Historical Commission last October, the house, circa 1850s, has key architectural features. In addition to being owned by the Johnsons at a time when Massachusetts had the fourth highest concentration of Swedes in the country, it also was owned by town father Augustus Prouty of the Burlington Public Library. The land itself went back to the time of Revolutionary soldier Giles Alexander.  That land and the home have important and recently discovered stories to tell, and those stories should be preserved. However, a demolition delay order for the wonderfully historic old property ended in April.


It is good that Poehler is highlighting Sweden’s special characteristics, its healthy way of life, its less materialistic values, and its sheer beauty as he builds successful television programming. Maybe the Town Meeting and Board of Selectmen could find a public-private partnership that would enable the property to be preserved and made into a multi-history farmhouse museum or some other entity that would valorize Burlington’s past.


Amy Poehler is well known for her program, “Parks and Recreation.” And interestingly, one of the current MA farmhouse owners was Peggy Hannon-Rizza. Sadly, she died in February just after Billerica named the Peggy Hannon-Rizza Recreation Complex after her because of her outstanding service to the local community.


In “Welcome to Sweden’s” day, it is possible for immigrants to grasp with some detail the land to which they are going, and to learn with great detail what to expect.  But when Simon Johnson arrived in Boston in 1903 with $25 in his pocket and stayed to earn his Burlington American Dream, the risks were much greater.


His grandchildren said that when he sold the farmhouse in the late 1950s, he stipulated that it must not be torn down. Simon’s farm played a large and important part in Burlington history for at least five decades. He would like it if the old farmhouse he loved, that now sits abandoned, bereft of its former life of smorgasbords and Swedish music, could be given new vibrancy and life.


If in some strange way the Poehlers’ delightful show about Sweden could heighten their home community’s appreciation of the immigrant history that sits in its midst, that gift would be extraordinary for Burlington and for its children’s heritage. One episode costs more to create than immigrant Simon Johnson made in an entire lifetime of work. As Independence Day nears, let us embrace the values that honor the long-term American Dream affluence that, after all, makes the television show – and well, Massachusetts and America - possible.


What can you, as a person of Swedish interest or heritage, do to help garner support for keeping the farmhouse? You can “Like” the Facebook web page that chronicles the Johnson Family’s contributions: Like This Facebook Page


SweAme has co-produced a program in Massachusetts in January about the historic preservation of the farmhouse in which the Johnson family genealogical information was presented.

Posted by David Borg at 9:39 AM No comments: